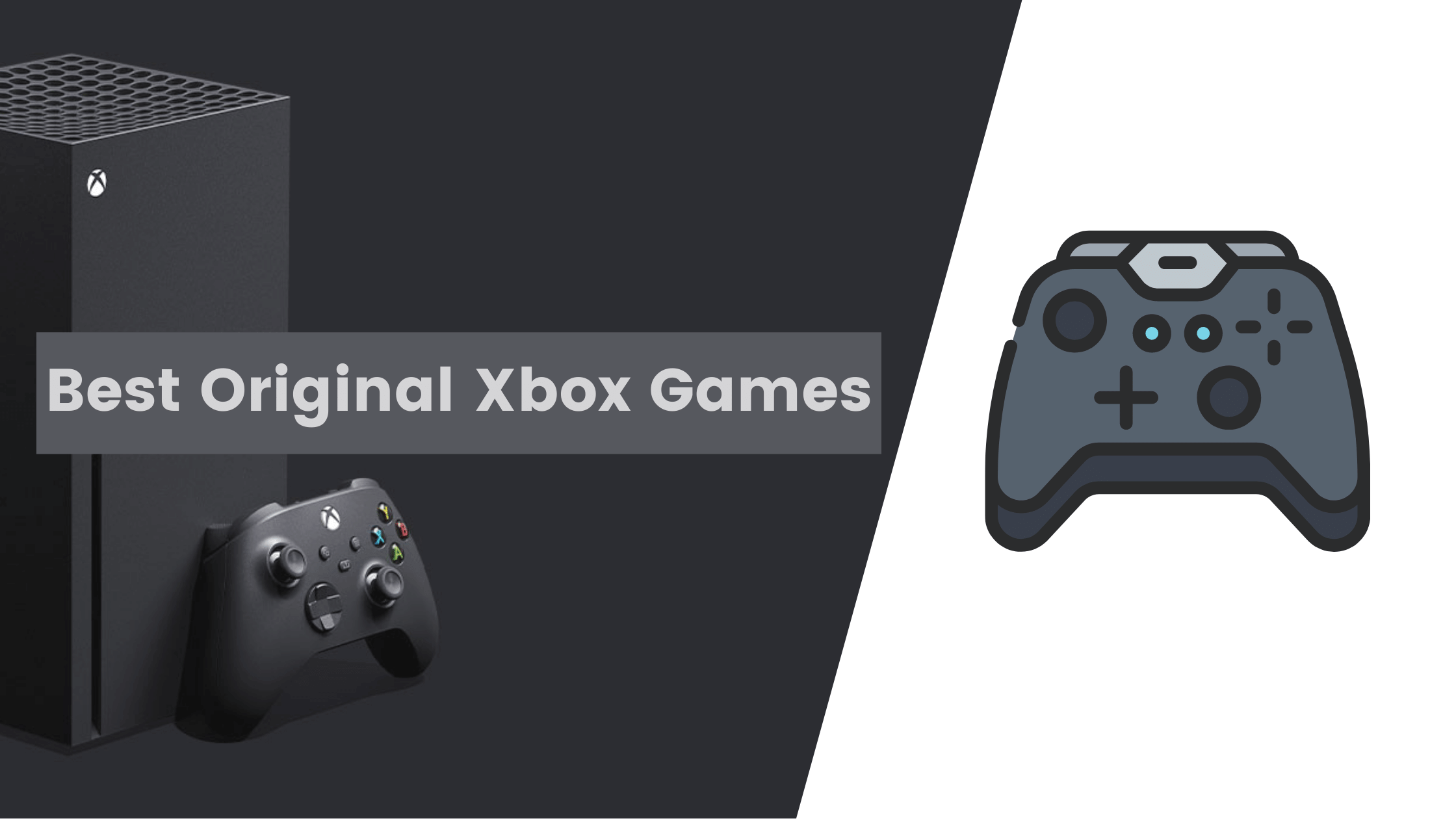 As soon as Microsoft introduced the Xbox to the world, the trend towards these games increased among the people, and some console games were so well displayed by Microsoft, which still compels many people to play today. Here we will discuss such Xbox games that are counted in the category of best Xbox games.

Let’s start to learn about all these Xbox games, their specialties, and whether they have flaws. Here is a detailed description of all of them. 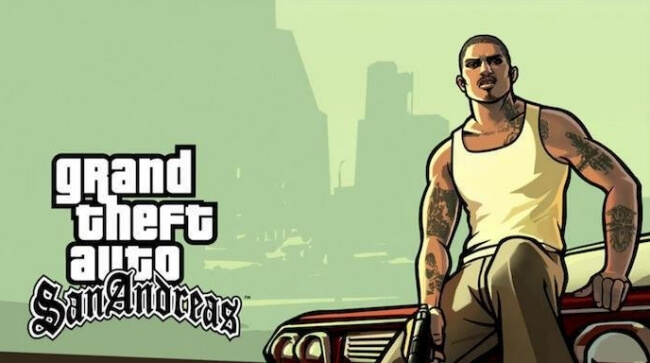 GTA is probably one of the few games in the world that many people have played or are familiar with. If this game is also called a great series, it will not be wrong as it has all the elements that make any game playable and liked by gamers. The GTA game is based on Carl Johnson’s life, who gets upset with his life and leaves home and returns to his hometown after 5 years.

You will get lots of expensive cars, guns, lots of money, and drugs in this game. The main feature of this game is that the city shown to you will look absolutely realistic. This game is full of violence, due to which it is not suitable for young children at all, but the craze of this game is still unimaginable in the youth. 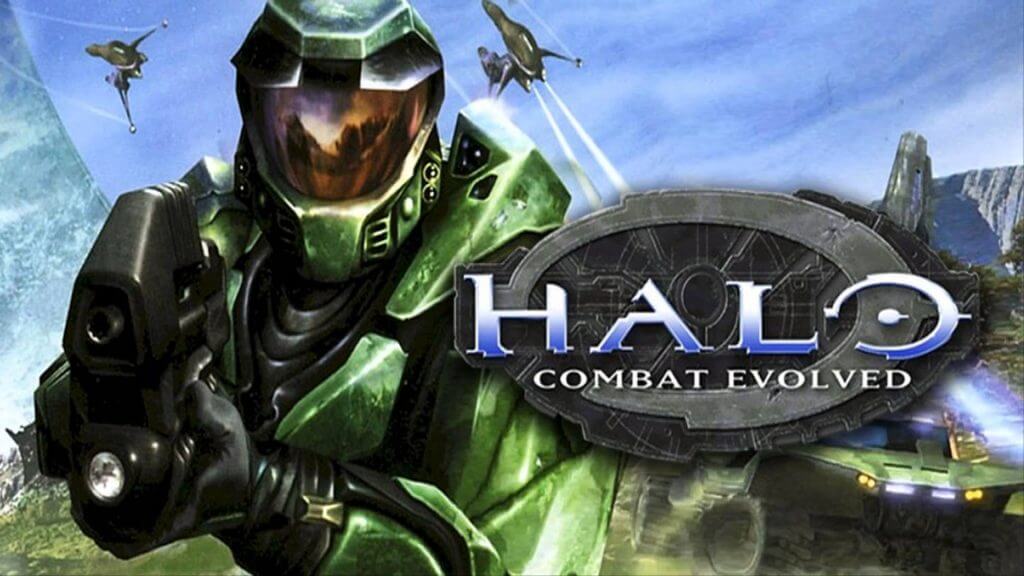 Halo: Combat Evolved, popularly known as Halo, is an FPS game. The person who developed the game was Bungie, and Microsoft published this game in 2001. Halo is a kind of shooting game, and the main character of this game is named Master Chief Petty Officer John-117. It is a fictional character.

In this game, you have to shoot at your enemy, you can also move and shoot, and with the help of a vehicle, you can find your enemies in a certain radius.

The character in this game is equipped with the energy shield, and as this shield weakens from enemy bullets, the player’s health bar starts to decrease, and when the health meter reaches zero, the player dies.

The view of this game will give you a 3D experience in a way. When you use the vehicle in this game, you will switch from FPP mode to TPP mode, and you can also enjoy the game with your friends as it is a multiplayer game. 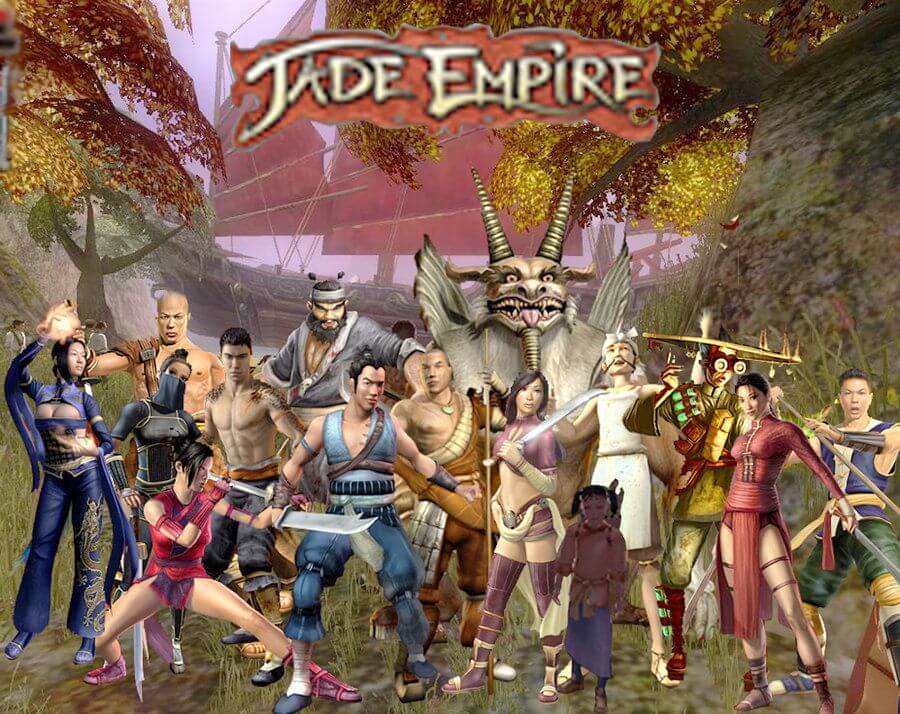 Jade Empire is a kind of RPG game, and the game is full of action. It was also published by Microsoft in 2005 and developed by BioWare. This game is inspired by Chinese Mythology.

The first step of the game is training, this training is completed on 2 rivers, after that, the game moves towards its next levels. In This game, a character named Spirit Monk is the main protagonist of the game.

The character types are completely different in the jade empire, they are strong, balanced, fast, and magic. A strong character cannot be fast. Similarly, a fast character may not be the strongest. It states that you can either be the fastest one or be the strongest one at a time, you can’t be both at the same time. 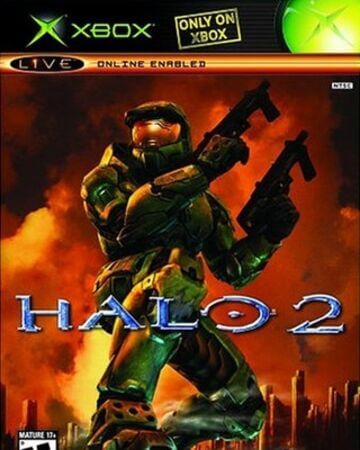 After the immense success of Halo, people were eagerly waiting for the second part of this game. And finally, Microsoft introduced the game to people in 2004. Like its first part, it was also an FPP game and was transferred to TPP when controlling vehicles, but it was much more advanced than its first part.

In this second part of the Halo franchise, gaming levels were also greatly improved by adding new maps, new weapons, and new vehicles.

Like the first part, it was also a multiplayer game, but its feature was that players could throw grenades, use melee, steal their enemy’s vehicles. And apart from all these, players could also carry two weapons at one time. In this order, the campaign mode was also introduced in this game, played in single and multiplayer modes. 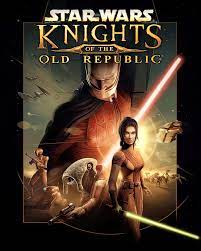 The Star Wars: Knights of the Old Republic game was similar to the Z Empire game and was one of the best Role-Playing games. The game was made for Xbox and was released in 2003. 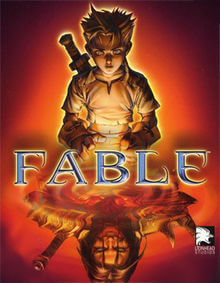 Fab is one of the best action RPG (role-playing games) games. This game is also a completely fictional series. In this game, the player is given the role of an orphaned boy. The bandits attacked the village of this orphaned boy, killed the parents of the boy, and kidnapped his sister, From here, the story of this orphaned boy becoming a hero begins. When you play this game, you will understand the whole process of it.

The popularity of this game can be gauged from the fact that the game did not stop on just one part, New editions came one after the other, with Fable: The Lost Chapters, Fable II, Fable II Pub Games, Fable III, Fable Coin Golf, Fable Heroes, Fable: The Journey, Fab Anniversary, Fable Fortune being the main.

Fable is a great RPG game and this game has been also proved that not all role-playing games are from Japan. Therefore Fable also comes from the category of Best Original Xbox Games. 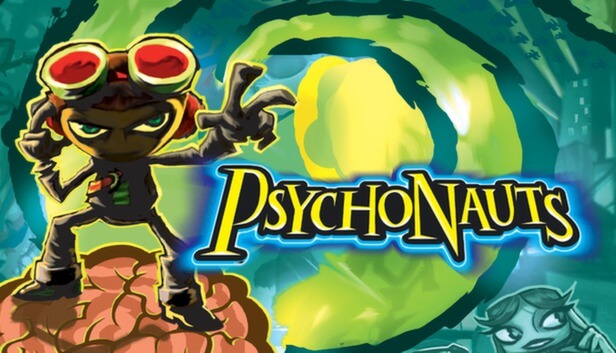 Psychonauts is a platform game filled with lots of exciting elements. This game’s main character is Rajputin (RAJ), and players can control this character (RAJ) in TPP mode.

You’ve probably heard the voice of this person before, who voices this character on television, and if you still don’t understand, let me tell you that the voice of this famous character is Richard Horwitz, who also voices Alpha 5 in the Power Ranger show. If you have seen this show on TV in childhood, then you will definitely recognize this voice.

At the beginning of the game, the character (RAJ) starts running and jumping, and as the game progresses, the character begins to absorb mental strength. In psychic powers, Rage acquires telekinesis, levitation, invisibility, and pyrokinesis. In this game, RAJ travels through psychedelic levels and wants to become a super spy. This game is completely played on third-person perspective(TPP) mode. 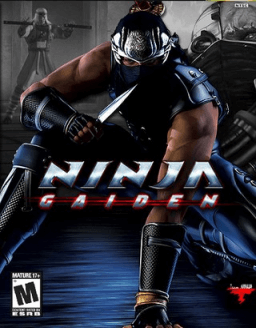 Ninja Gaiden is an adventure game and this game is full of action, and this action is very fast-paced. The game’s craze hit people’s heads as soon as the game was released, and in the first month of its release, it made a new record by selling around 362,000+ copies in North America alone.

The main protagonist of this game is Ryu Hayabusa, who starts the game at a low level. Initially, RYU had low-level abilities and low-level weapons. As the game progresses further, these abilities can be upgraded. To upgrade these abilities, the player only has to find or purchase the items, and as soon as the items are found or purchased, the up-gradation progress is completed.

In this game, RYU is like a ninja and also stunts like that. In these stunts, he performs jumping off walls, running along walls, running across the water, and swinging from pole to pole.

In this game, Ryu has many weapons, such as a sword, also known as a dragon sword, and this sword can be used by RYU single-handedly. This dragon sword empowers RYU to attack quickly. RYU has a special move, which is known as Flying Swallow. 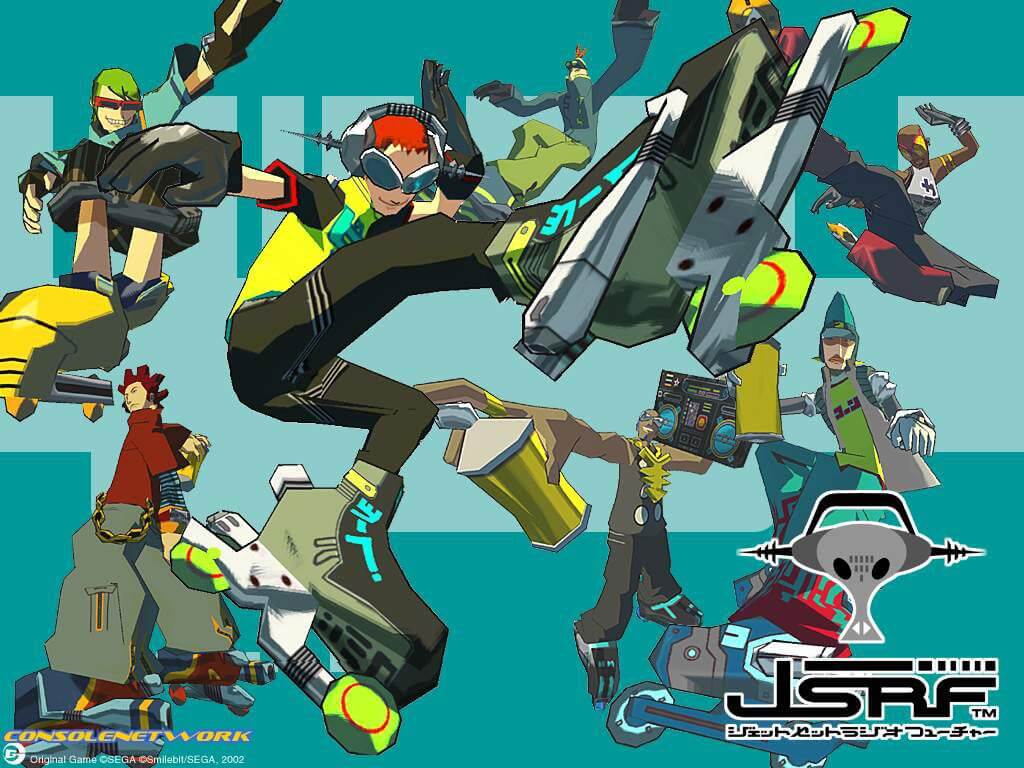 The stages of this game are also designed in such a way that they are interconnected at each level. There is police to stop the player in this game, this police tries hard to stop this gaming character, but this attempt is for a limited time, after which the police disappear.

As the game progresses, this police’s role also decreases, and this police appears only in some specific areas. The work of the Police is only to stop the gaming character so that player can be defeated.

Here the player’s task is to reach the final destination, passing through each part of the gaming area, and some items are hidden in each area of ​​the game. The players’ task is to collect these hidden items. This hidden area also holds Graffiti Souls, which unlock the new Graffiti design. 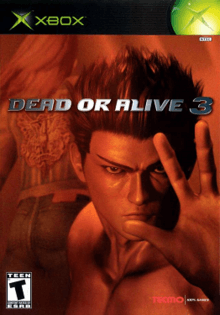 Dead or Alive 3, as the name implies, is a fighting game, or it wouldn’t be wrong to say that this game is also called one of the finest fighting games. This game is the third part of the Dead or Alive series, becoming very popular as soon as it was released. The game also received a lot of positive reviews.

There are two characters in this game that fight among themselves, and players control these characters. These characters have a lot of different moves to use to hurt their enemy.

In this game, the players’ energy bar appears on the top, which is full in the starting, and as the game progresses, the players start attacking each other, this energy starts to decrease. The player whose energy bar runs out first loses the game.

This game represents both attacking and surviving. Players have to show both their attacking skills and surviving skills. If you want, you can also decide the timing of fight’s in the game. This timing starts from thirty seconds and goes on till infinity. So you can decide this according to your convenience.

Thus, we have shown here the list of Best Original Xbox Games. You can play any game as per your choice.

What are the best original Xbox games?

The list of original Xbox games is located above, and it includes a variety of genres like sports and racing.

What is the best way to find out if a game is good?

This article will give you some great recommendations. It features reviews, most played, and top-rated lists for all kinds of different types of games, as well as fun facts about each respective game.

What category should I search for?

If you are looking for original Xbox games, our recommended category is action games.

Are there any other categories of original Xbox games?

Yes. Other than the one mentioned above, there are also puzzle and role-playing games.

Does the original Xbox have a good selection of games?

Are there any original Xbox games that can be played on the Xbox 360?

Yes. Many different original Xbox games can be played on the Xbox 360 if they are made compatible with the newer console.

This article has covered the best Original Xbox games to play. Many more games are worth playing, but these are by far the best titles for enjoyment and replayability. These games have various play styles that can be enjoyed to suit preference or mood, making these titles fun for everyone in the family and valuable additions to anyone’s library.